The Armed Forces Covenant Fund Trust has announced 29 grants totalling £415,217, under its Armed Forces Covenant- Local Grants priority.
The grants include £20,000 for the Derby County FC Veterans Club; £4,770 to the Boleh Trust to work with children from service families and £15,400 to Flintshire Council for their ‘Planes over Talacre’ project.
Sonia Howe, Director of Policy at the Armed Forces Covenant Trust said that
“This round includes some fantastic local projects supporting community integration by encouraging Armed Forces and Civilian communities to come together which will form and deepen relationships; and providing local services to the Armed Forces community where these are needed. We are proud to support these 29 projects”
A number of projects are using the backdrop of the Armistice commemorations to promote community integration. Cefn Mawr War Memorial Institute and Recreation Ground is receiving £9,000 for a cross generational project that brings together local communities, five schools, veterans and local volunteers to commemorate the 128 individuals recorded on the local Cenotaph who gave their lives in WW1 which will produce a book to be distributed through schools and the local community.
The £15,400 grant to Flintshire Council will be used to bring together the secrets of Talacre’s WW2 efforts via the stories and memories of those who lived alongside the firing ranges and underneath aerial dog fights with terrifying near misses from dropping bombs. The project will have a focus around the eroding Norcon Pill boxes that can be seen at low tide on the beach, and will leave an ongoing legacy through information panels, digitising memorabilia, developing education resources and capturing audio memories.
Councillor  Andy Dunbobbin, Armed Forces Champion at Flintshire County Council told us that 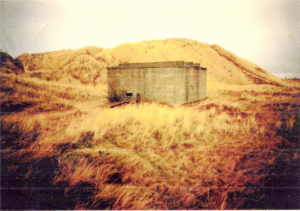 “We are delighted to be awarded this grant which will fund a project capturing the role of Talacre in WW2, which was used for training by the RAF.  Local residents were concerned that the pillboxes were being eroded by the sea and the history of Talacre would be lost for ever; the reconstruction of a pill box, funded by the grant, will contribute towards keeping the memory alive for future generations. The community are proud of Talacre’s history and through this exciting project the memories of local residents and former refuges will be shared for many years to come.
This funding will be an opportunity to raise awareness within the local community and visitors, of the role of the armed forces, in particular the RAF, and their commitment and sacrifice to the nation. The open day planned for next year will be an opportunity to bring the armed forces, the local community and visitors together to celebrate and commemorate the link between the armed forces and Talacre.”
Read the full list of grants awarded here
The Armed Forces Covenant- Local Grants priority awards grants of up to £20,000 for projects that promote Community Integration between Armed Forces and civilian communities or Delivery of Local Services that support the Armed Forces Community. Charites and local organisations who receive a grant can also receive some additional support through this programme to develop their digital skills and strengthen their skills online; helping them to improve their reach.
The Armed Forces Covenant Local Grants programme is open for applications, and you can out more about this programme here