Veterans in Sefton – Transition for Veteran

Veterans in Sefton were awarded a positive pathways grant from the Trust in January 2021. The project was named ‘Transition for Veterans’ and aimed to help local veterans in and around Sefton, Merseyside.

Dave Smith had a successful military career of almost 25 years, and struggled to adjust to civilian life. He was diagnosed with PTSD and later, dissociative disorders. Eventually, he tried to take his own life.

During his time in hospital, a police officer visited Dave. The police officer recognised Dave as a former colleague in the Army; he also knew Dave’s uncle. This stroke of good fortune brought Dave back to his family in Liverpool, and with his uncle’s help, he began his journey of recovery and rebuilding his life.

However, Dave found it difficult to navigate and secure the support he needed from existing statutory services. A breakthrough came when he managed to secure employment as a support worker with a local social care charity: ‘I felt good by doing good’.

After a number of years supporting veterans in the local community, Dave and the team that evolved around him realised that the services they provided to veterans, and the needs that these services helped to address, had grown to such an extent that a separate organisation was needed, and in 2016, Veterans in Sefton (ViS) was established.

The charity, based in Bootle, Merseyside, supports veterans and their families in the local community with services and activities ranging from simple advice and social activities to counselling, housing and employment support.

A grant of £35,000 in 2021 from the Armed Forces Covenant Fund Trust’s Positive Pathways programme provided crucial support to their Transition for Veterans project.

The grant has enabled ViS to employ a dedicated full time Project Manager, which has allowed the project to reach and engage with many more veterans than before, and to offer them an improved and enhanced experience.

Referrals to the project came from a wide range of organisations and agencies, including the Royal British Legion, Veterans UK, NHS, Liverpool Veterans HQ, NOVA Employment, One Vision Housing and the police and probation services, many of which have a Service Level Agreement with ViS, as well as from family and friends, social media and walk in self-referrals.

There are many individual examples of how the project has had a positive impact on its beneficiaries and been critical in helping to turn their lives around. One service user said, ‘see all these people here, half of them wouldn’t be around if this place wasn’t here. It saves people’s lives’. Another user said, ‘I’ve been coming here a while now, they’ve really helped me out. I’m seeing my family again, my grandkids’.

The charity is now supporting hundreds of veterans and their families each year. 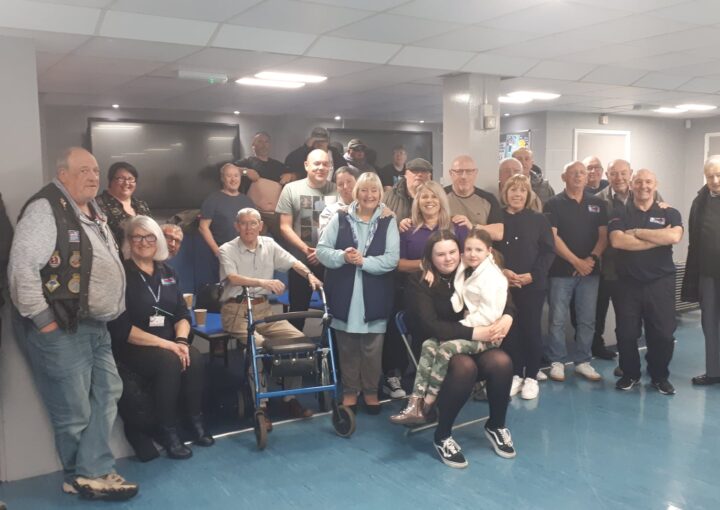